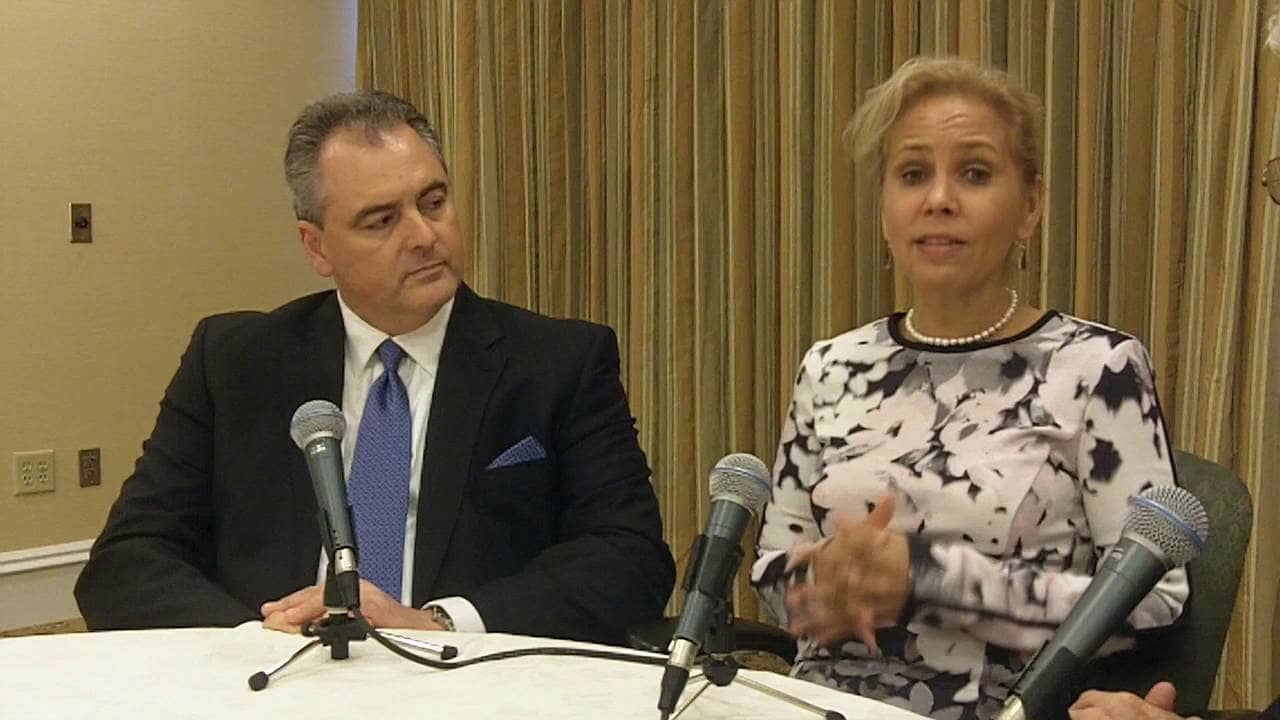 Russ: This is PKF Texas Entrepreneur’s Playbook. I’m Russ Capper, this week’s guest host and I’m here with Steffi Claiden, founder and CEO of the Family Office Review; Steffi, welcome to the Playbook.

Steffi: Thank you very much Russ.

Russ: You bet, and also Del Walker, Tax Director and Practice Leader at PKF Texas; Del, welcome to the Playbook.

Del: Thank you Russ, glad to be here.

Russ: Okay, Steffi let’s start with you, tell us what is Family Office Review?

Steffi: Okay, well Russ it is an online publication that I founded four years ago after I worked as a strategy consultant and ran another publication in the family office and wealth management space. I did not see what I thought was enough good content aimed directly at the wealth holders – the families – so I started Family Office Review and we have opened up into other avenues of more than just the publication. We started the following year the Family Office Review Awards North America which are created to honor the family offices and wealth advisors serving them. We’ve also, in the past year, started the Family Office Capital Network which talks about direct investments and we now have a women’s group called Family Office Women International because I’m always connecting great women. I live in London, although I’m born and raised in the United States,  I’ve lived there and I’m a dual citizen now so I go around and meet a lot of great ladies and I’m connecting them. So we’re very busy and having a lot of fun doing it.

Del: It’s kind of an interesting story, I’ll try to get to the chase, but about four years ago I was working up in New York City, Manhattan quite a bit on a transaction flying back and forth to Houston and I had to make a sub stop in DC. So out of LaGuardia I caught a little commuter jet, one, two and I had good status then so I was in the front row, the person sitting next to me was this kind of small petite blond-haired, blue-eyed person that said she was from London but didn’t sound like it. We struck up a conversation because our flight had been delayed for a couple of hours and we started talking – finds out we knew a lot of the same people through the work I was doing in New York and out of it a commitment to stay in touch. And she ultimately out of that told me someone started this event in Chicago, I’d like you to come be a judge and I had an opportunity to go to the initial Family Office Review Awards in Chicago, be a judge for that, friendship sprung out of it. And so for a couple years I was up there and then I told her – I said have you ever thought about doing the event outside of Chicago? If this is a national event Chicago’s a great place, the Gulf Coast is a great place. And I said Houston’s a great city, it’s built on basically the four Fs – Family, Faith, Fellowship and Free Enterprise and I said why don’t you come down and visit the city sometime? So about a year ago this time she came down for about a week, I took her around, introduced her to a lot of people and the decision was made, you know what, we need to bring the even here to celebrate our great city and today that’s what’s going on here in Houston.

Steffi: Well, so a year ago I had never been to Houston before, I’d only been to Dallas once or twice so this was a new world to me.

Russ: We won’t hold that against you.

Steffi: We started this originally first year just to keep people amused before the big event and the dinner and it’s now grown into a full blown conference and I’m sure it will grow even further next year. So we discuss things that have to do with the money management, the soft skills as they call them – the human skills. We’ve had someone talk about social media today; we’ve had three excellent panels put together by Del and the other sponsors discussing succession, alternative investments and we’re going to finish the day with a really amazing panel talking about the Texas economy and where it’s heading.

Russ: Real interesting. I sat through some of the succession planning and it was impressive for sure. So what kind of people attend, is it high wealth people or is it financial advisors or is it both?

Del: So it really cuts the range; families, people working for the families and outside advisors, all trying to share best practices. People don’t openly talk about these things, we try to create a safe environment for people to come together, network, share some best practices and learn from others in what is not a textbook type of situation.

Russ: Really cool. And so this right here is an annual event; it’ll take place again next year?

Steffi: Yes, this is the fourth annual, though first annual in Houston, and we plan on sticking with Houston.

Russ: Well great, that’s what my next question was; did Del persuade you to stay here? It’s a pretty cool city isn’t it?

Steffi: Yes. Well someone came up to me and said is this your rodeo and I heard …lil’ lady? And I said yes, and I’d gladly trade in these ridiculous high heels for some boots right now. So I feel very welcome here.

Steffi: My father was from Louisiana so even though I live back in the North it’s a little bit of Southern.

Russ: Well thank you so much for doing it in Houston, Texas, we like having you here.

Steffi: We’re glad to be here.

Russ: You bet. All right, and that wraps up this edition of the PKF Texas Entrepreneur’s Playbook. Tune in next week for another edition.