What to Consider About Alternative Minimum Tax (AMT)

There was talk of repealing the individual alternative minimum tax (AMT) as part of last year’s tax reform legislation. A repeal wasn’t included in the final version of the Tax Cuts and Jobs Act (TCJA), but the TCJA will reduce the number of taxpayers subject to the AMT.

Now is a good time to familiarize yourself with the changes, assess your AMT risk and see if there are any steps you can take during the last several months of the year to avoid the AMT, or at least minimize any negative impact. 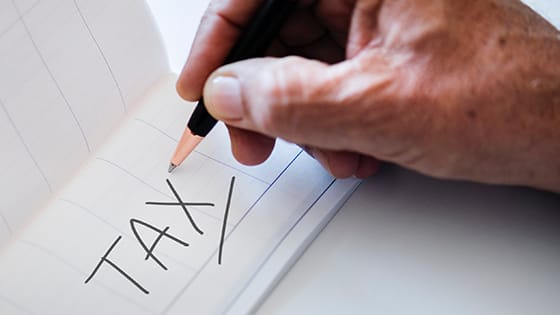 Alternative Minimum Tax vs. Regular Tax
The top AMT rate is 28%, compared to the top regular ordinary-income tax rate of 37%. But the AMT rate typically applies to a higher taxable income base and will result in a larger tax bill if you’re subject to it.

The TCJA reduced the number of taxpayers who’ll likely be subject to the AMT in part by increasing the AMT exemption and the income phaseout ranges for the exemption:

You’ll be subject to the AMT if your AMT liability is greater than your regular tax liability.

Alternative Minimum Tax Triggers
In the past, common triggers of the AMT were differences between deductions allowed for regular tax purposes and AMT purposes. Some popular deductions aren’t allowed under the AMT.

But deductions aren’t the only things that can trigger the AMT. Some income items might do so, too, such as:

Alternative Minimum Tax Planning Tips
If it looks like you could be subject to the AMT in 2018, consider accelerating income into this year. Doing so may allow you to benefit from the lower maximum AMT rate. And deferring expenses you can’t deduct for AMT purposes may allow you to preserve those deductions. If you also defer expenses you can deduct for AMT purposes, the deductions may become more valuable because of the higher maximum regular tax rate.

Please contact us if you have questions about whether you could be subject to the AMT this year or about minimizing negative consequences from the AMT.