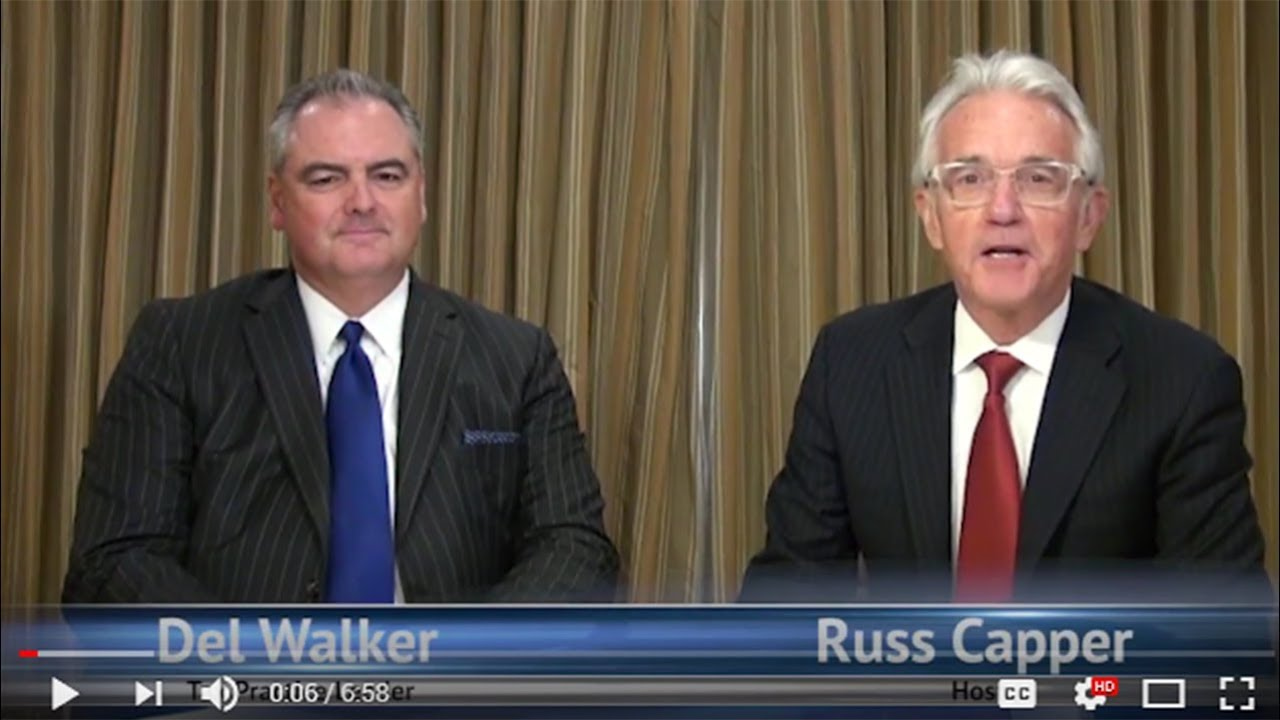 Russ:  This is PKF Texas Entrepreneur’s Playbook.  I’m Russ Capper, this week’s guest host, and I’m coming to you once again from the Gulf Coast Regional Family Forum and my guest is Del Walker, tax practice leader at PKF Texas and founding organizer of this forum.  Del welcome to the Playbook.

Del:  Russ always a pleasure, good to be here.

Del:  Yep, this is the three-peat.

Russ:  My opinion is they just upgrade every year but my opinion isn’t nearly as important as yours; what’s your opinion?

Del:  Your opinion is important because we’re just – I view myself as a ringmaster sometimes.  I think it went well.  Last year was unique, but this I believe the type of content I really think it’s what the audience wanted.  Our participants, when you look at the response we got from the various sessions – we did even more panels than in the past with just a few key speakers – engaged, lots of great questions, lots of great dialog, so I’m really pleased.  I’m a little1 tired at the end of the day right up to this but I think we gave folks what they helped us create and wanted and feel proud about it and now it’s on to next year.  That’s kind of the way it is.  You savor it maybe till tomorrow morning and then we start working on next year from that standpoint.

Russ:  Well I was impressed.  I was last year and the year before but this time, man the Cryptocurrency guys.

Del:  Well that’s why they – they started with a very small little VC fund, proved up their concept.  They went out and did a raise and they got about 30X on the raise the second go round so smart folks, good people; high character people.  I enjoyed everything there, different people come across differently, the new energy handle.

Russ:  That’s the next one I was going to talk about.

Del:  The passion.  I love passion in entrepreneurs and there’s passion across the board but clearly very passionate about what they do.  That’s probably how you make change happen right?  If you’re not passionate, things don’t just happen by accident, so you can see that.  Very bright, intelligent people; difference of opinion about when they world will tip ranging 5 – 10 years to maybe 60.  But I learned more and again, I’ll be 55 this summer and so I’m still learning, I’m still learning, but the pace of change.  I was having dinner with one of my buddies last night, Jeff VonCannon on the energy panel, and we were saying we still – the days of being in your 50s and not learning anymore are over.  You need to continue to learn and add some wisdom to it to balance it out, that’s where you’re going to compete with the young bucks.

Russ:  You have to learn to participate too.

Russ:  But those guys, the talk about adding the batteries to solar power and wind too really was – in my mind that is significant, and when they tied it back into all the weather-related problems that we’ve had, how you could sort of stay up with that, I though whoa that’s good.  And the fact that they said we don’t need government assistance anymore to make this make business sense that’s huge, that’s hug.

Del:  Yeah I heard, that is huge; it is, it’s significant from that standpoint.  So now it’s battery storage capability, what does that mean?  How far, how fast, etc.?  To me that’s kind of the unknown when they go well if natural gas was $8.50 in MCF this would be over and it’s like well it’s not, it’s like $2.25 so how do we get from there to here and that journey with that?  But that’s – it was a great event and like I said, I love passion in people and people’s passion just showed through at this event and that – that’s my own personal bias but I can eat that up all day long.

Russ:  I think that was the general consensus of the audience.  The audience at this thing is unique.  These family offices are some unique people in society in Houston, but they come from way outside of Houston too right?

Del:  That’s true.  We had folks here from – half a dozen or so folks from New York City, we had folks here from Birmingham, Alabama, Louisiana.  We had all the major Texas cities represented; San Antonio, Austin, Dallas.  I’m probably overlooking some folks from that standpoint.  I don’t think we had any West Coast folks this year; we’ve had that in the past.  But it’s a good mixture and again, like I kind of said in the opening comment, the goal is to bring some diversity of geography and come together; let’s spend some time, let’s build some relationships. Let’s see if we can learn from each other, help each other achieve what we want to in terms of our values and our goals, build relationships and promote commerce.

That’s what this is about.  It’s not a dirty word from that standpoint and the fact that we get people coming back.  We did a demographic deal at the beginning and I think there were probably 25%, 30% of the room this was their third event so that’s pretty cool.  And over 50%, 60% were at their second event, so we had about a third new, that’s good.  You’re getting new people in the mix but you’re also not having people coming and leaving and never coming back.  That to me is kind of reaffirming that what we’re doing seems to be working but there’s always room to get better and gain benefit from people’s input and so forth.

Del:  Yes there is.  We don’t have a date set, we haven’t talked to the Houstonian yet but my guess is it will probably be around this time of year in early March and after a day or so of rest and convalescing – have to go to the rodeo twice this week – after that we’ll sit down and we’ll start talking about next year and talking to those that are kind of our friends and family that have been great and helpful in making events like this happen and see what kind of feedback they give us.  And hopefully we got – I believe we got a number of feedback from people in writing; we’ll read it, digest it, decide where we go from here.  I wish I could tell you what the future holds.

Russ:  I wish you could too.

Del:  But I really don’t so we’re just going to have to go through the exercise and listen to smart people like you and others from that standpoint.

Russ:  Well all I can say is just keep doing what you do and particularly this.

Del:  Thank you.  Well you as well my friend, thank you as always.

Russ:  You bet Del, thanks a lot.  And that wraps up my discussion with Del Walker with PKF Texas.  And this has been another Thought Leader production brought to you by PKF Texas Entrepreneur’s Playbook.