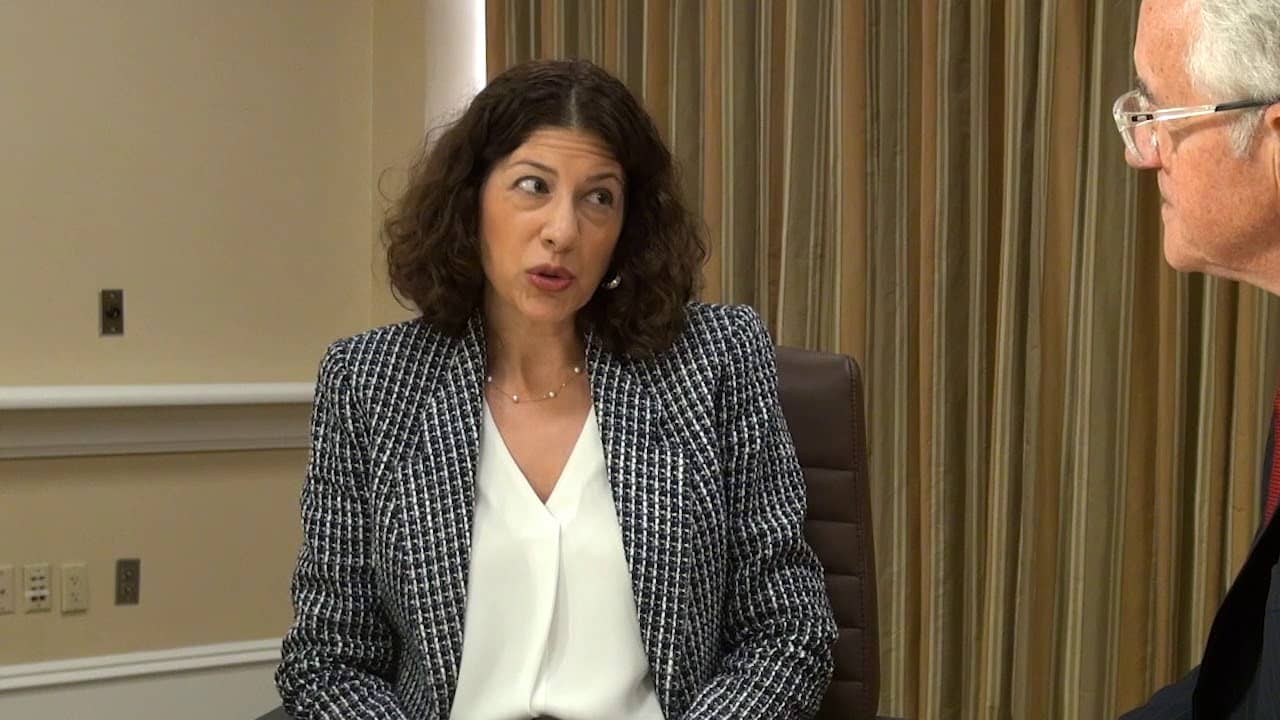 Russ:  This is PKF Texas Entrepreneur’s Playbook.  I’m Russ Capper, this week’s guest host, and I’m coming to you from the Gulf Coast Regional Family Forum, and my guest is Renée Wizig-Barrios, Senior Vice President and Chief Philanthropy Officer of the Greater Houston Community Foundation.  Renée, welcome to the show.

Renée:  Thank you, Russ. Good to be here.

Russ:  You bet.  So tell us about the Greater Houston Community Foundation.

Renée:  Well the Greater Houston Community Foundation is a public charity, and we work with high net-worth individuals, families, businesses and foundations to help them make the most of their philanthropy.  We have been around Houston for more than 21 years as a non-profit, and we have the joy of working with people to make Houston a more vibrant place through really generous acts of philanthropy.

Russ:  Real interesting.  So you’re a non-profit that helps people invest in non-profits?

Renée:  Absolutely, absolutely.  Believe it or not there are almost 20,000 non-profits in Houston so donors have many choices to make and they want their money to go far.  They want to make investments in the community that are really going to bear fruit.  So our work with donors is really understanding their passions and what they care about and the kind of difference they want to make in our community.  And our team works with them to understand their values and help them make the most of those philanthropic choices so that they feel really good about the work that they’re doing to improve Houston.

Russ:  We’re here at the Family Forum, and you are actually moderating a panel that’s kind of looking at the future and the next generation; what’s that going to be all about?

Renée:  I think it’s going to be fascinating for Houston.  We have so many young people who really want to carry on the philanthropic tradition and make a difference in our community.  The Community Foundation has been working with the next generation of donors since 2011, and now we have a full-fledged center for philanthropy where we’re working with families multi-generationally to really connect families together, to serve them and inspire them to continue philanthropy, and so the Next Gen Leadership institute that we have is seven years old.

We have over 100 graduates of it; you’ll be hearing from four of them today.  And we really work with them to help them understand their family story and what the wealth generation has been about, what’s helped create this philanthropy, but also then really looking and understanding the non-profit sector.  How can they evaluate charities?  What are the needs in Houston?  How can they begin to assume that role of stewardship for these dollars and for philanthropy that their families are entrusting to them?  And so they’re a fascinating group of people; they love the peer network aspect of this program, because they really want to meet other young, giving Houstonians as well.

Russ:  I also understand that you’re involved in disaster relief as well, right?

Renée:  Yes, we’re very proud to serve our community in that way.  We’ve had a role in disaster relief for all 21 years of our existence.  This year Mayor Sylvester Turner and County Judge Ed Emmett established the Hurricane Harvey Relief Fund at the Greater Houston Community Foundation, and it’s really been an honor and a privilege to lead and administer that fund.  We’ve raised over $112 million from 126,000 unique donors.  So you hear about the incredible generosity that folks like Les Alexander who gave $10 million and the Laura and John Arnold Foundation who gave $5 million, but the actual average donation is $870.00.

So really so many people from across the country really dug deep in their pocket books and gave to help Houston recover.  And we’ve been administering the grants process in the speediest and most effective way we can so that we have already granted out $66.5 million of that $112 million and in the next few weeks you’ll be hearing about the last really major round of grants focusing on home repair, behavioral health and legal services.

We’ve really had to focus on trying to help Houstonians recover and really empowering non-profit agencies who are closest to helping individuals do that.  And it’s been a tremendous effort, so many volunteers have participated.  From the advisory board made up of 10 members – half appointed by the county and half by the city – to an incredible grants committee of philanthropic professionals from all the leading foundations who have reviewed every single grant and helped us make the very difficult decisions about which agencies to support who can most effectively help people.

Russ:  What kind of donors come to you?  Do you take anybody and everybody?

Renée:  We work with many different kinds of donors.  Oftentimes what drives people to come to the Community Foundation, it could be a major liquidity event or wealth event where they realize that for tax reasons they need to get more engaged in philanthropy.  Sometimes it’s that they’re giving to so many charities and they’re writing a thousand checks out of their checkbook and it becomes unmanageable.  Oftentimes a professional advisor, be it an estate planning attorney, a financial advisor or CPA, will recommend that they need some help organizing their giving and so they will often start a donor advice fund with us.

That’s the most popular form of philanthropy in the United States, growing by leaps and bounds, because it’s very simple to set up – very tax effective.  Oftentimes people are giving us appreciated stock, but we also take all kinds of closely held assets – from real estate to private-operating businesses to partnership interests.  Many things that you wouldn’t image you would be able to unleash a charitable value, but that the Community Foundation in partnership with professional advisors is really able to help donors give in a way that maximizes value for them from a tax perspective but also unleashes great value for our community.

We manage over $700 million in assets on behalf of our donors, and we’re the largest grant maker in the community.  Last year we gave over $170 million in grants to more than almost 4,000 non-profits all recommended by our donors and about half of that stays in Houston.  But it’s important to note that donors through the Community Foundation can give to any non-profit across the United States and also we facilitate international giving.  So all kinds of charitable people come to us.  The minimum account for a donor advice fund is $10,000, but we do also have some giving circles that engage people who are not quite at that level.  So we have an Asian American giving circle, a Latino giving circle and a new giving collective focused on the African American community.  So we’re always open to ideas from charitable Houstonians about ways that we might be able to partner with them for the betterment or our community.

Russ:  Renée, I get the feeling that you like what you’re doing.

Renée:  I love what I do; it is so much fun to work with people who want to make a difference, and we get to see so many charitable businesses as well as private foundation all who just want to figure out how to do philanthropy in a really smart and effective way to improve our community.

Russ:  Cool, thank you so much for sharing your story with us.

Russ:  You bet.  And that wraps up my discussion with Renée Wizig-Barrios with the Greater Houston Community Foundation.  And this has been a Thought Leader production brought to you by PKF Texas Entrepreneur’s Playbook.