An Overview of the 2017 Gulf Coast Regional Family Forum 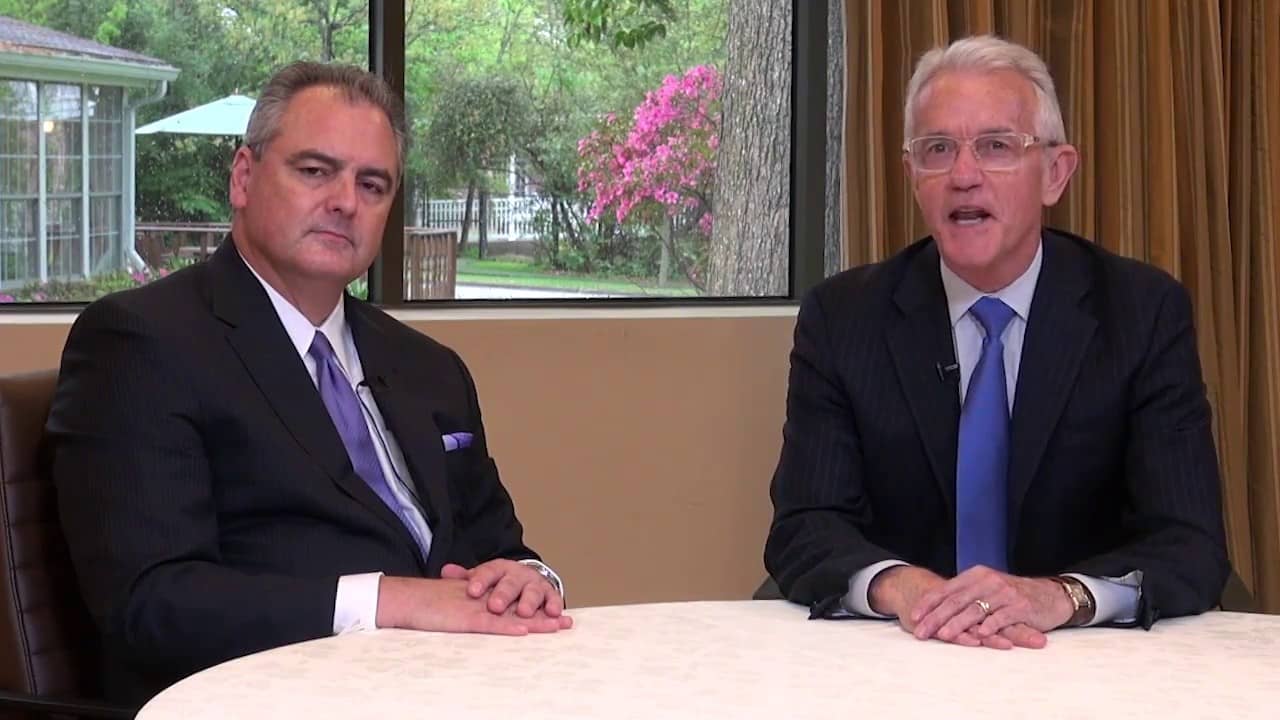 Russ:  This is PKF Texas Entrepreneur’s Playbook.  I’m Russ Capper, this week’s guest host, and I’m coming to you from the Gulf Coast Regional Family Forum and I’m with Del Walker, Tax Practice Leader at PKF Texas and Founding organizer of the forum.  Welcome to the Playbook Del.

Del:  Welcome Russ, thank you for having us.

Russ:  You bet.  So this is my third Family Practice Forum with you guys and it is impressive but share what it’s all about with our audience.

Del:  From our standpoint what we’re trying to do is really help families provide – I told a little story this morning involving my mother.  She asked what is this about, what are you trying to do.  And I replied back to her the goal is we really want to help people be successful in achieving their family goals, we want to help people be successful as they pursue their vision.  We want to promote commerce, we want to enable people to learn from one another, kind of create a community and we want to have a little bit of fun from that standpoint.

And we think the way to do this is while we are Gulf Coast centric in Houston we think that part of this is we have something to learn from those around the country and outside the boarders of our country and I think they have things to learn from us.  And so we tried to create an environment, a community, where people come together of like mindedness, share best practices, learn from one another and hopefully walk away feeling enriched and a little more empowered than when they joined us in the morning.

Del:  I think what we do here with this forum is a little different.  I think this is not a situation where it is – it’s a content driven approach.  Our goal is to provide something of value with content so the people that are here hopefully walk away saying I had something more when I left than when I got here and we create an environment of trust and transparency.  We have an environment with people that are prospective clients for a lot of us that are organizers, you have to treat that with a certain level of care and decorum and basically earn trust.  And I think this is now our third year, we’ve earned that trust and I think they realize we can come here, we can learn from one another.

We can still promote commerce but not feel like I’m worried about being overly solicited or things of that nature.  And I believe our participants feel that and because of it they reciprocate back in terms of what they share with us and the participants and what they help us accomplish.  Because it really has taken a village to put this together; while I sit here with you and I get credit as a Co-founder of this event, there are so many people that have helped contribute to bringing all these great speakers.

And so it’s about relationships and the power of those over time and again that trust factor of people saying yeah, I can help; I can introduce you to the people from David Robinsons, I can introduce you to Chancellor McRaven, I can introduce to people with the Navy Seals.  And so it’s not just one person.  It would be wonderful if I was that much of a Superman or Superwoman and that much of a narcissist but this is really a collection of a village that makes this all come together and happen.  I’m just kind of the ringmaster I guess form that standpoint.

Russ:  But you deserve congratulations for that because the way you described it is accurate.  It’s kind of like a high level networking thing but you don’t see any kind of sales calls in it which is sort of interesting.

Del:  No, no, we recognize our organizer firms; they’re on the materials that come out, they’re out in the foyer, they’re in the brochure, they’re on the tables but people kind of know this is a function of my relationship to my co-founder Bill Rankin, and you’ve interviewed Bill in the past, and 25 years of relationships and we go to people and we say here, here’s what we’re doing.  And they go hey, is this really what you say?  And so it’s your reputation on the line, if you don’t deliver all it takes is one person crossing the line and it all implodes and we are very conscious of that.

We screen the invites a little bit to make sure we’re getting the right people in the room that respect what we’re trying to do and we’re also very cognizant of who joins our organizer group because again, everybody that comes in changes the culture and we always want it to be for better versus the alternative.  And so we’ve put a lot of thought and effort into that and you see the ripple effects of that.  And we also have some family members that are phenomenal; that are some of the names that you’ve seen speak today, Houston and around the country, their willingness to come in and be transparent and share with others their experiences is very powerful.  I mean what you can learn either as a family member yourself, or even as an advisor, how you can share those experiences with others that you work with or relationships you have.

Russ:  It is powerful.  I think I already shared with you it’s kind of interesting to see some of the family members that are in charge of the family business accurately describing the risks and the pressure points.  There’s a lot of us that aren’t in a family business that think wouldn’t that be sweet and when you get up there and you hear what their challenges are it’s almost like it’s more pressure-packed.

Del:  Could be, could be, I don’t know; they would tell you that maybe it is, maybe it isn’t, but certainly people have a tendency sometimes to think if you have wealth then you have no problems and the reality is that’s not true, they’re different from that standpoint.  And the other thing we’ve seen, and this year’s panel kind of balanced it, but I think there’s a trend with younger affluent individuals in a family.  I think they’ve been brought up – a little bit Millennial-talk – they’re comfortable sharing.  And I think they’re comfortable with the notion that if I share people will learn but I can also – they will share with me and so to some extent I see that trend if you look at a number of people that have spoken.

It’s not that senior folks don’t want to because our Next Gen panel that’s going on right now definitely has some folks on it that would not be considered Millennials, but I think that is kind of a trend if you go back and look is that to some extent there’s a fair number of folks under 40 that are participating in this that are very open and maybe they were kind of brought up that way to some extent.  I don’t know, we know each other, you have kind of quasi-millennial children and I do too so maybe that’s something about looking in the mirror.  Maybe we’re seeing a reflection of that, just in this particular socioeconomic demographic.

Russ:  Totally agree.  It’s also interesting the topics covered.  It’s kind of an extraordinary time, the geopolitical thing seems to be in turmoil, the technology thing seems to be a little bit scary now; I think it might be taking over more from the economy than we wanted it too.  And there’s just a lot of issues now and they don’t seem to shy away from them at this event at all.

Del:  No, I think it’s good.  I think Houstonians are kind of known for being open and honest and transparent people and people I think familiar with Houston outside our great city kind of know that and they come here.  And this event – I’ve been to others around the country – has a very different feel because people aren’t as guarded at this.  And so not everybody thinks exactly the same but I think they’re very respectful of viewpoints, especially ones that have perspective behind them.  And what’s interesting about this, when this event got put together this was all pre-election, months in advance, but I will say today – after the election – personally I kind of today walk away a little more hopeful.

That’s my personal take today, I don’t know if it’s irony or so forth, but I think this has been the kind of event that kind of brings people together, seems to go hey we’re looking at ways to go and get better and move forward and kind of energize people and that.  And that’s kind of been my sense today; that people are like this has been a good place to be, I feel better now than when I got here this morning and I don’t think that’s ever a bad thing, right?  Like my mother said it’s always better to give than to receive and so if we can give people something to take with them I think we’ve done a good service.

Russ:  You bet.  And that wraps up my discussion with Del Walker with PKF Texas and this has been a Thought Leader Production brought to you by PKF Texas Entrepreneur’s Playbook.