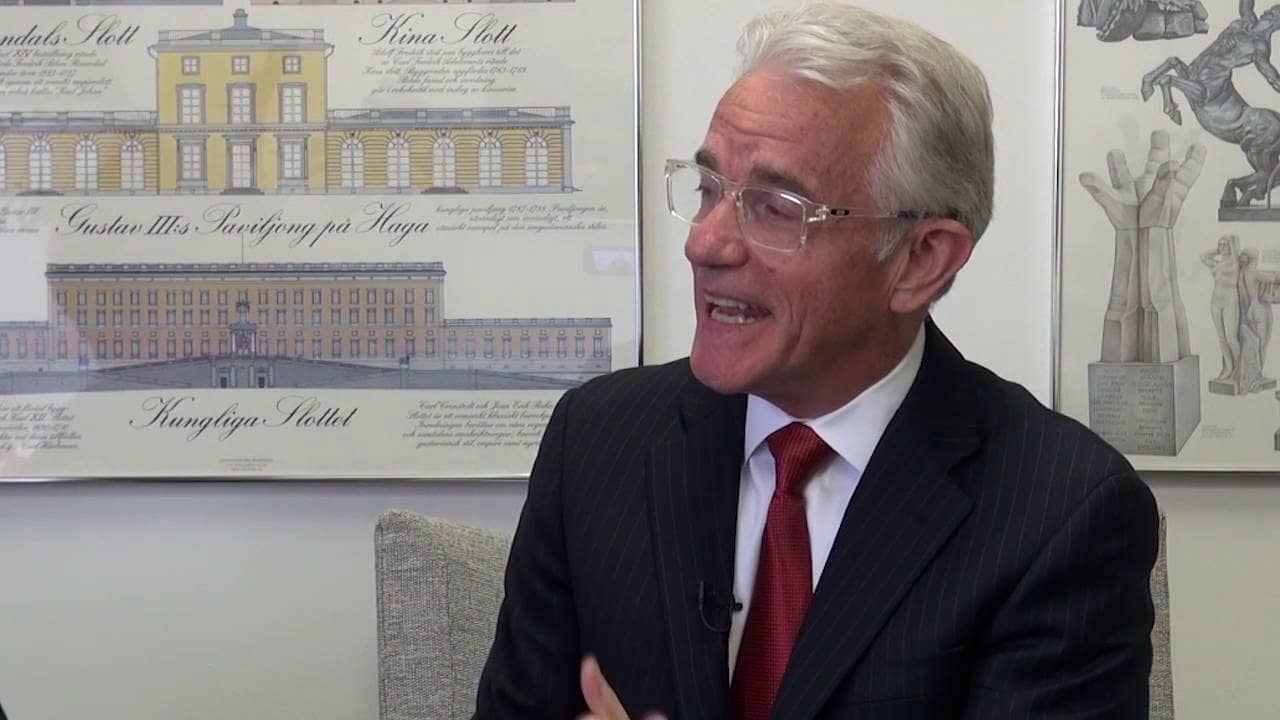 Russ: This is PKF Texas Entrepreneur’s Playbook. I’m Russ Capper, this week’s guest host, and I’m here with Astrid Marklund, Houston’s Honorary Consul General of Sweden who is taking part in Coffee with the Consuls this coming Wednesday September 23rd at the Greater Houston Partnership. Welcome to the Playbook Astrid.

Astrid: Thank you Russ, thank you for having me.

Russ: You bet, absolutely. So tell us – give us an overview for the relationship – business relationship between Sweden and the United States.

Astrid: Sweden has a great relationship with the United States and business wise this has been going on for a long time, even from the beginning of the 1900s. It started with a large number of Swedish people emigrating from Sweden to the United States and since then we have exported many of the Swedish inventions to the United States. Currently we’re working on biochemistry, life science, shipping; we have a collaboration with the medical center here in Houston and we also have a Swedish astronaut here at NASA.

Russ: Oh wow, and what’s his or her name?

Astrid: Her name is Jessica Mayor.

Russ: Okay. And has she been up yet?

Astrid: She is in training for the space station.

Russ: Really cool, that’s great. Okay, so you already brought up Houston, so it seems to me like most of the people that we have at Coffee with the Consul Generals from all these countries have really taken a deeper interest in Houston over the past year, mostly because of energy. And I know Sweden is very serious about sustainable energy, but is there still a business relationship with our oil and gas companies?

Astrid: Yes there are. There are many industries that are – we don’t have any oil, but on the other hand we have support industry that we are trying to export to the United States and to the energy industry. For example, we have drilling industry from the mining – with our experience from the mining industry which also can be applied here to the oil exploration. In the fracking industry we have found that our two big trucking companies – Volvo Trucks and Skornia Trucks – they have established offices in San Antonio to take advantage of the fracking industry.

Russ: Interesting, very interesting too. Okay, so comparing the countries, Sweden in my opinion is very unique and very cool, population is right under 10 million, is that right?

Russ: Most of the people live in major cities too as well.

Astrid: Yes, the larger population is in the 3 largest cities in Stockholm, Gothenburg and Malmo; but on the other hand, even if it’s not that populated in the rest of the country the innovation atmosphere in high in the more remote areas.

Russ: Now you’ve been away for a while, you haven’t lived there full time for a few years?

Astrid: I haven’t lived there for a few years, but on the other hand I have a summer home in the northern part of Sweden and so I experience this every summer.

Russ: Okay, do you find it fun and exciting or does it kind of throw your sleep out of whack?

Astrid: In the summertime it throws the sleep out of whack in a good way. In the summertime you don’t need as much sleep, but on the other hand around Christmas time and the wintertime up there you only have more or less like 4 hours of daylight every day.

Russ: That’s amazing, that’s amazing. All right, so I introduced you as the Honorary Consul General, which means that, you know, you’re doing this in an honorary way because you also have employment somewhere else; tell us about yourself.

Astrid: My other job is to be a CFO for a small chemical company.

Astrid: It’s based in Houston, yes. And we do the catalyst – or activate catalysts for the refineries.

Russ: Okay, okay, real interesting. And how long have you – I mean have you been been sort of a financial person through education and most of your business career?

Russ: Okay, real interesting. Sweden, we always think of Sweden as being really kind of interesting in these difficult times that we live in because they’re kind of neutral in the world and never pick sides essentially. Did I say that – is that the accurate description?

Russ: Okay, okay, real cool. Well I’m looking forward to Coffee with the Consuls next Wednesday, September 23rd and I thank you so much for spending some time with us.

Astrid: Thank you very much, thank you for coming.

Russ: You bet, thank you Astrid. And that wraps up my discussion with Astrid Marklund, Houston’s Honorary Consul General of Sweden. And that wraps up the PKF Texas Entrepreneur’s Playbook for this week. Tune in next week for another edition.