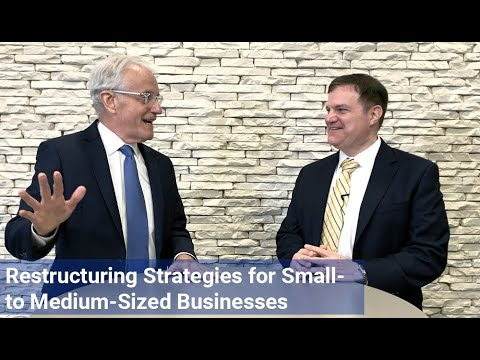 Russ: This is the PKF Texas Entrepreneur’s Playbook. I’m Russ Capper, this week’s guest host, and I’m here with Frank Landreneau, Director and one of the faces of the International Tax team. Frank, welcome back to the Playbook.

Frank: Thanks, Russ. Thanks for having me; always a pleasure.

Russ: You bet. Next time you’re on I am going to count to see how many times have you been on, because I’m sure it’s more than anybody else.

Russ: But our topic today is primarily going to be the Tax Cut Jobs Act that I think was passed in 2017, started in 2018, and it’s mind boggling to me, because we’re still sorting that thing out. Is that right?

Frank: That’s exactly right. And it’s been a little bit over two years, but we’re still getting guidance even now and even there’s pending guidance that we’re anticipating on getting even this year as we speak.

Russ: How does a business person make decisions based upon this thing playing out over such a long period of time?

Frank: Well, it is difficult, and that’s one of the things we’re talking today is that many, particularly small-, medium-size businesses have held off on any major restructuring of their business, because you always have to have an exit plan. And why get into something that you can’t get out of?

Russ: Okay, cool. Well, open your book file for us today. What are we going to dig down into?

Frank: Well, I think the first thing that small-, medium-sized businesses should understand is that structuring their business for international operations, which many of them are doing, has taken a turn before the Jobs Act took place. The game was deferral, in other words, pushed profits overseas with the hope of being taxed on it at a later date, getting the benefit of the time value of money on not having to pay tax today. Because of some of the changes, but primarily with something called the Global Intangible Low Taxed Income, which, basically, seeks to create a minimum tax on global earnings, that that particular strategy doesn’t work anymore. It’s not necessarily income that’s low taxed, it’s not idle investment income – it’s active trader business income that through mechanical computations, computes the excess return on active trader business activities and you’re taxed on that.

So, you’re really simply re-patriating those funds without actually moving the money. And it hits small- to medium-sized businesses particularly hard just because of the way they are structured, and the Tax Reform Act really favors regular domestic corporation.

Russ: So, you must be on the inside when you know that it’s been defined now what you should do. Is that the case with all CPAs?

Frank: Well, not necessarily. In the international tax community, we’ve talked about three particular strategies that small- and medium-sized businesses should pursue.

Russ: Is there anything else that you wanted to share specifically today?

Frank: Yes. So, one of the questions that I’ve been asked, which is difficult, it’s not a one size fits all. It used to be if you had this particular profiler structure. This was probably the optimal more likely than not than what you do. Now it really depends. It depends on: how long do you intend to have this investment in foreign operations? What is your tax position back home? Are you in a loss position so you can trigger a gain on restructuring and absorb that with U.S. losses? Or just what is your long-term future in building your international business? All those play into which of those three options you choose.

Frank: Always a pleasure. Thank you.

Russ: You bet. To learn more about other International topics, visit www.PKFTexas.com/InternationalDesk. This has been another Thought Leader production brought to you by PKF Texas the Entrepreneurs Playbook. Tune in next week for another chapter.