The 2020 Report to the Nations and Not-for-Profits 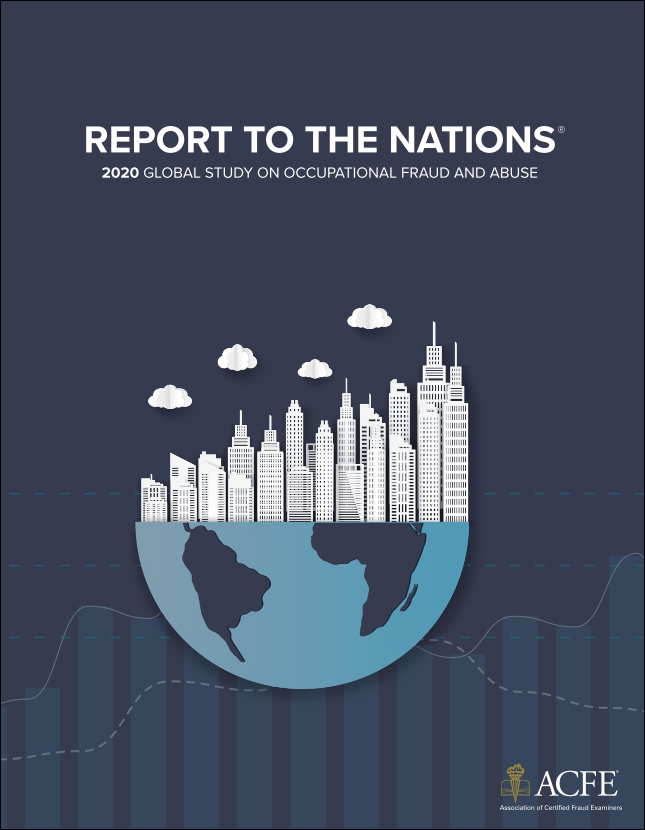 Every two years, the Association of Certified Fraud Examiners (ACFE) publishes what has become the definitive guide for preventing and detecting workplace fraud. The recently released Report to the Nations: 2020 Global Study on Occupational Fraud and Abuse draws conclusions from more than 2,500 fraud incidents — including 191 in not-for-profit organizations.

In fact, this year’s report devotes a special section to fraud in not-for-profits. Although not-for-profit fraud isn’t necessarily worse than fraud in for-profit companies, it can be different in important ways.

Fewer Resources
According to the 2020 Report to the Nations, the median loss for defrauded not-for-profits is $75,000, considerably less than the $125,000 median for all organizations. However, not-for-profits generally have much less to lose than, say, the average bank or manufacturer.

Indeed, it’s a general lack of financial and staff resources — in addition to less vigorous oversight and enforcement of internal controls — that may make not-for-profits fertile ground for fraud. Although many try to foster a trusting, familial culture, this can lead to risky lapses. Executives and managers may, for example, override internal controls, allow unproven staffers to accept cash donations, rubber-stamp expense reimbursement reports or neglect to segregate accounting duties.

Controls and cost
The ACFE found that not-for-profit adhere at lower rates than for-profit companies to four primary internal controls:

Some of these controls can be costly, of course. But not all effective antifraud measures are expensive. According to the study, adopting a code of conduct is the control most closely associated with lower fraud losses in all types of organizations. Writing a code and requiring staffers to read and sign it can reduce losses by as much as 50%.

Corruption is Common
As with all types of organizations, not-for-profits most often fall victim to corruption schemes (41% of cases), with financial statement fraud being relatively rare (11%). Although corruption is associated with lower losses than financial statement fraud (a $200,000 median loss vs. $954,000 median loss in all organizations), conflicts of interest, bribery and other forms of corruption can destroy a not-for-profit’s reputation — and its future.

Most not-for-profit fraud schemes are found out when someone says something. Approximately 40% are revealed by tips from staffers, board members, vendors, clients and the public. To make whistleblowing as easy as possible, consider establishing an anonymous fraud hotline. And because tips via email and online forms have become more common in recent years, the ACFE recommends offering multiple communication channels.