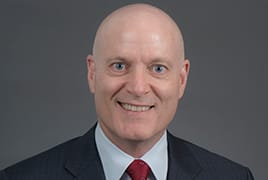 “It is truly an honor for one of PKF Texas’ Founding Shareholders to be recognized with this award,” said Byron Hebert, CPA, CTP, Chief Growth Officer. “Kenneth has been and will always be remembered as an admired and respected leader of PKF Texas. His legacy has forged a path for PKF Texas to continue to grow, prosper, and be recognized as a great place for people to work and thrive in their professional career.”

In January 2020, Guidry officially retired from PKF Texas but assumed the new role as a Director Ambassador for the firm. Throughout his career, Guidry has played an integral role not only at the firm and in the accounting industry, but also in the Houston marketplace. During his tenure as firm President from 2005 – 2018, the firm saw 136% organic growth and was named a 2014 “Best of the Best Firms” by Inside Public Accounting, as well as “Best Company to Work for in Texas” by Best Companies and a “Best Accounting Firm to Work for in the U.S.” by Accounting Today multiple times. He has served on numerous boards, including PKF International, Allinial Global, University of Houston C.T. Bauer College of Business, Greater Houston Partnership, Center for Houston’s Future and many more. He is a board member and Treasurer of the TriCities Chapter of the National Association of Corporate Directors, a Spring 2011 graduate of the Center for Houston’s Future and a senior follow of the American Leadership Forum (ALF) Class XXXVII.

“Thank you to the Houston Business Journal for this award and PKF Texas for being an extraordinary team of professionals,” said Guidry, CPA. “It has been a real pleasure to be part of some great organizations, which allowed me to build great relationships over the years, and I’m looking forward to what’s ahead for us all in our next adventures.”